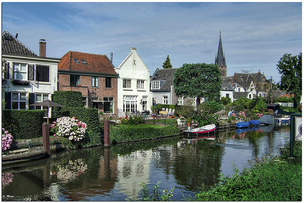 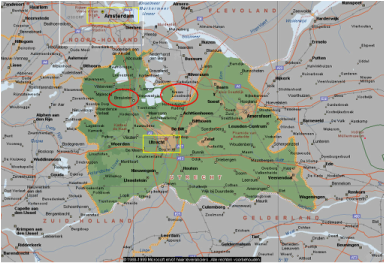 Sometime before his 26th birthday, Hans Heinrich moved from his Switzerland home in Nänikon to the Netherlands.  Perhaps he or his father had been a soldier involved in one of the many military skirmishes in the Netherlands at the time, or perhaps they were one of the many foreign merchants attracted by the opportunities in the land of the Dutch.  But in 1793 we find Hendrik, a tailor, marrying Antje Timmer in Breukelen, Utrecht, NLD.  They raised at least four children in Breukelen (the town from which Brooklyn, NY got its name) before both of them died there around 1850.  Their son Johannes, a baker, was married in Loosdrecht, Utrecht, a village not far from Breukelen and now considered part of the province of North Holland.